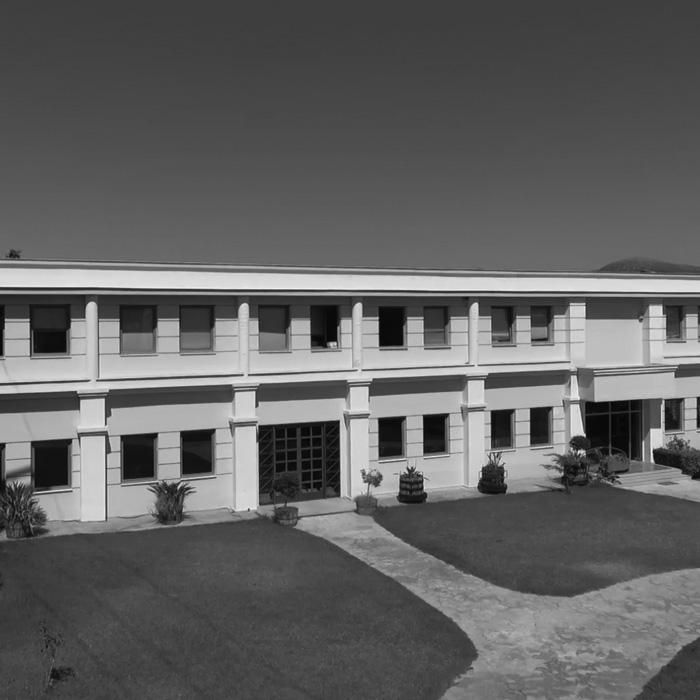 CAVINO, which was founded in 1958, is located on the slopes of Aigialia, amid charming vineyards. The location is a unique combination of mountains and the sea and creates a special climate that gives local grapes their exceptional high quality.

Our main goal and vision is to promote Greek vineyards both in Greece and abroad and we are committed to producing high-quality wines.

At CAVINO, we produce wines that are distributed throughout Greece and in 50 countries all over the world. Our wines have won awards in international competitions and from world-class reputable wine writers and critics. 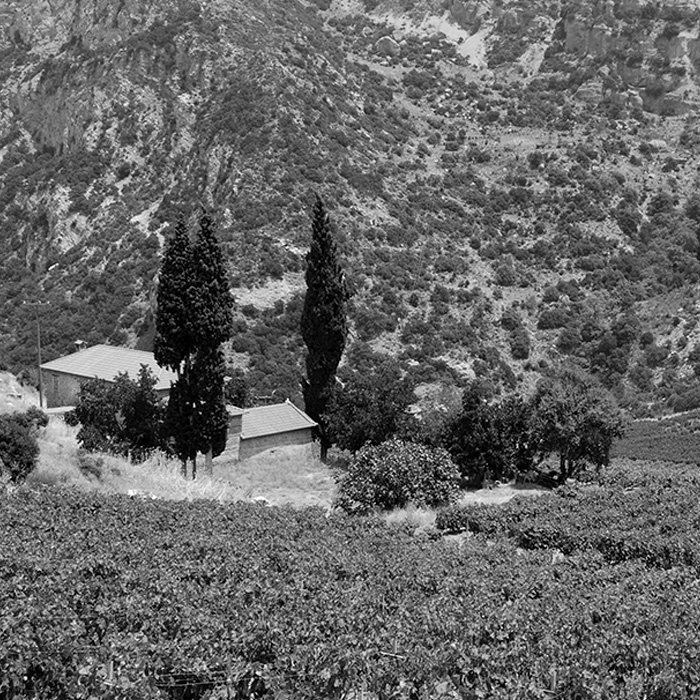 There are official references to the monastery vineyard which date back to 1550. The estate and the winery building, including a dormitory and a chapel, were used by the monks to cultivate and harvest the grapes.

They would then transport the grape must on mules to Mega Spileo’s famous cellar, where they would decant it into 500 L barrels. This process continued for hundreds of years and local workers were also involved in the process. Indeed some of them still recount tales of their days at the Great Vineyard and remember them fondly.

In the late 1980s, viticulture of the vineyard stopped as Mega Spileo’s was gradually abandoned by the monks and was no longer cared for.

In 1999, the abandoned vineyard was renovated and new vines were planted after a long-term lease from the Mega Spileo Monastery was completed. Linear vineyards with a late germinative cycle were planted with the following varieties: Mavro Kalavritino, Cabernet Sauvignon, Merlot, Syrah, Lagorthi, Assyrtiko.

The Great Vineyard is located on the 21st km of the Diakofto-Kalavrita Road at Lovas, on a plateau above the picturesque Vouraikos canyon.

The grapes arrive at the winery at very low temperatures, which allow for pre-fermentation extraction. Part of the white varieties ferment and mature in new oak barrels. The red varieties, following a long extraction process, ferment in stainless tanks and some of them age in oak barrels for at least two years. 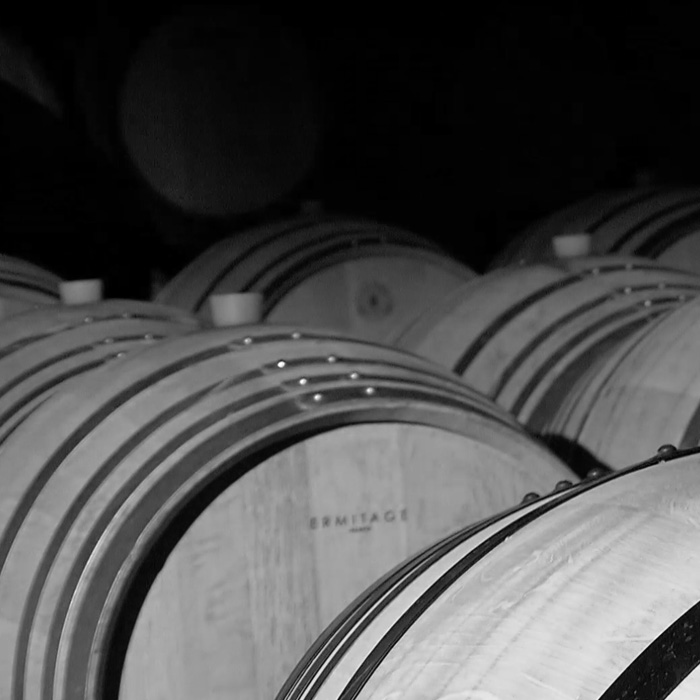 In 2015 Cavino established a winery in the industrial zone of Patra dedicated to the production of the PDO wines Mavrodaphne of Patra and Muscat of Patra.

The winery is used for vinification, ageing and storing the wines before the final bottling. Being a national leader in the production and export of Mavrodaphne of Patra, Cavino produces up to 1.300.000 liters of this wine annually.

Some selected barrels are filled with Mavrodaphne of Patra for more than 9 years giving a highly concentrated wine, Mavrodaphne Reserve of Patra, which showcases the best that terroir and variety can offer. 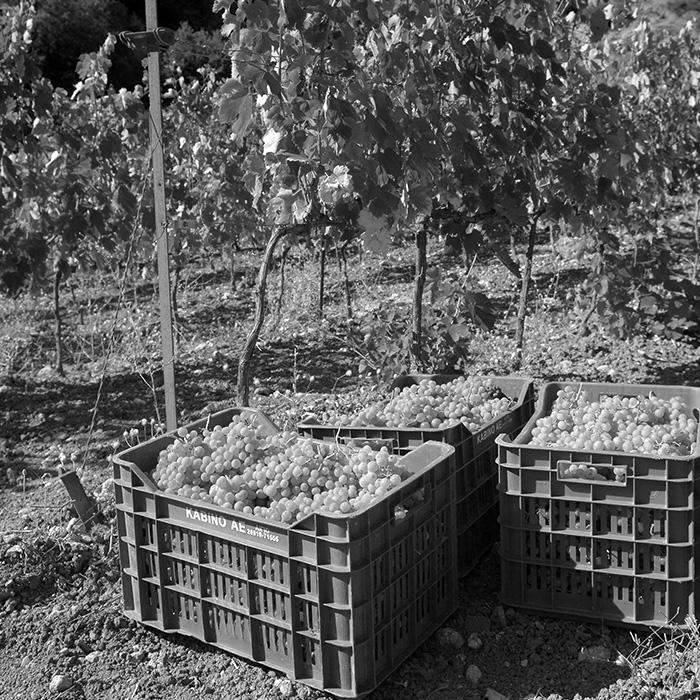 The winery in Samos island was established in 2016 in cooperation with Vakakis Winery.

It is located in the PDO Samos wine zone. Samos is one of the oldest places in Greece that has been well-known for wine production since ancient times.

The Muscat grape (Moschato Aspro) is the one and only variety planted in the Samos PDO zone and produces a high quality sweet wine as well as some aromatic dry wines. Cavino’s production of sweet Samos wine has doubled in the last 4 years, and today it produces about 500.000 liters of the wine annually.

The selected grapes come from 60 ha semi-mountain and mountain vineyards, up to 1000 meters altitude, giving a rich aromatic wine which is elegantly balanced with fresh acidity.

CAVINO ATHENS OFFICE
ELEFTHERON POLIORKIMENON 18, 15125,
MAROUSI, ATHENS, GREECE
TEL: +30 210 3478601
FAX: +30 210 3478602
E-MAIL: EXPORTS@CAVINO.GR
Facebook Instagram
We use cookies on our website to give you the most relevant experience by remembering your preferences and repeat visits. By clicking “Accept All”, you consent to the use of ALL the cookies. However, you may visit "Cookie Settings" to provide a controlled consent.
Cookie SettingsAccept All
Manage consent

This website uses cookies to improve your experience while you navigate through the website. Out of these, the cookies that are categorized as necessary are stored on your browser as they are essential for the working of basic functionalities of the website. We also use third-party cookies that help us analyze and understand how you use this website. These cookies will be stored in your browser only with your consent. You also have the option to opt-out of these cookies. But opting out of some of these cookies may affect your browsing experience.
Necessary Always Enabled
Necessary cookies are absolutely essential for the website to function properly. These cookies ensure basic functionalities and security features of the website, anonymously.
Functional
Functional cookies help to perform certain functionalities like sharing the content of the website on social media platforms, collect feedbacks, and other third-party features.
Performance
Performance cookies are used to understand and analyze the key performance indexes of the website which helps in delivering a better user experience for the visitors.
Analytics
Analytical cookies are used to understand how visitors interact with the website. These cookies help provide information on metrics the number of visitors, bounce rate, traffic source, etc.
Advertisement
Advertisement cookies are used to provide visitors with relevant ads and marketing campaigns. These cookies track visitors across websites and collect information to provide customized ads.
Others
Other uncategorized cookies are those that are being analyzed and have not been classified into a category as yet.
SAVE & ACCEPT